Parts One and Two 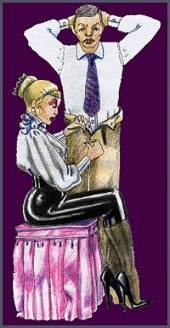 The Fem Dom Manuals were originally written in 1986. They came about because at that time I had been living with David for some seven years. During which time he had written many essays for me to try and encourage me to be his perfect Mistress. I decided that what I had learned about David and other submissives in those seven years could well benefit other couples who come together to form either temporary or permanent dom-sub relationships.
While David and I communicate well with each other, it was clear that other couples found explaining their fantasies and needs more difficult.

(Also available, as Instantly Downloadable E Books, "Prickteasing" - David's first manual and "Games people play", his second, both of which have received eulogistic compliments. Instant Download US $15 each

The manuals are also available as Illustrated Web Books which run in your computer browser. (They work on Macs, Windows, and Linux PC's.)

The ability to display books on screen should not be confused with
the totally unique Fem-Dom Training Program! 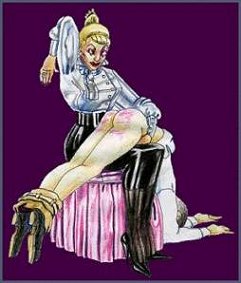 Fem Dom Software for your computer.

"What can I do with my Plastic?"

You can reach us at:
support@mschristine.com

*ANDROID is a trademark of Google Inc.

The ANDROID robot is reproduced or modified from work created and shared by Google and used according to terms described in the Creative Commons 3.0 Attribution License.